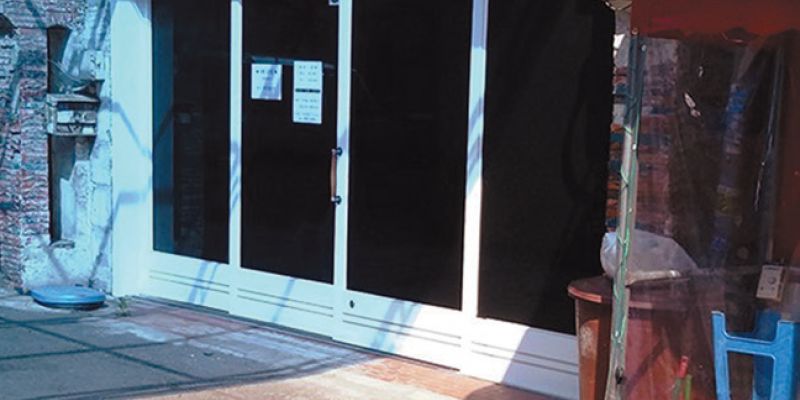 If I were to describe my twelve years ministering to prostitutes, I would have to say I felt truly powerless on the one hand and deeply aware of God’s presence on the other. God’s love and compassion seemed very much alive in that dark and painfilled world. Sometimes I could almost feel God’s tears as I looked into the eyes of someone who was not much more than a child.

The area I visited in downtown Seoul had nearly 200 brothels with around 1,500 young women working in them. Cut off from the outside world, there were big notices forbidding anyone under 18 years to enter. The streets were too narrow for any kind of transport which meant that when walking past the brothels you were very close to the girls. They were sitting in what only can be described as large shop windows, right on to the narrow streets. The French doors were always fully open even in the cold of winter.

I used to visit every evening. I will never forget my very first visit to the area; embarrassed, uneasy and even ashamed, I wanted to run away. Looking at the ranks of young girls sitting in neat rows, waiting for some man to come in and pick them out from their companions, to take them into a back room and there to do as they pleased with them was horrifying. I knew from the beginning that I was not welcome. On the third night I was questioned by three different people in that notorious red-light district. I thought, “They’re on to me.” They had to be the men, maybe pimps, on the lookout for intruders and no doubt I fitted that category. But I also felt that the only thing to do was to take the bull by the horns and go again the next evening even though my legs were shaking. But nobody stopped me, and I never again got the feeling I was being followed. In fact sometimes if a customer annoyed me the girls immediately came to my rescue. As I got into things and became accepted, I sometimes sat with the girls as they waited for the men. On more than one occasion a customer pointed me out, in spite of my greying hair and dowdy dress. The girls would immediately shout, “No! No! You can’t have her!”

From the beginning I decided that the best way to carry out this ministry was to go alone. I did not want to be a threat to anyone. My vulnerability made contacts easier. At first I just went around and said hello to the young girls sitting in neat rows behind the large French doors under a blaze of neon lights. There was also a Madame out on the street doing her best to get the men, who were usually in groups, to come into their brothel before the next door Madame took over. There was on-going competition between them.

The young girls were not what is usually thought of as a prostitute – scantily dressed with heavy makeup, bold and unafraid, walking the street and trying to attract any male who happened to walk past. In these brothels the girls were dressed to give the impression of innocent, docile, obedient young ladies. In those days many of them dressed in white gowns which looked more like wedding dresses. People often say that prostitution is a free choice. I think a lot depends on what you mean by freely chosen. Many of these young girls came from broken or abusive families. One girl told me of how she was gang raped. She was one of the few who went to the police. When her family heard she went to the police, they totally rejected her. She was sent away and, with no place to go, she ended up in a brothel. Many were teenagers who had run away from home; they went looking for work in job centers which were often only a front for pimps. The staff there gave the girls large sums of money to buy some new clothes and make-up and come back in a few days. They were then caught in a web, unable to break free.

And so there was I, in this hellish place, like some kind of mad woman saying “Hello” to this most uninterested group of women, as I walked slowly past one brightly lit brothel after another. It was some time before anyone answered my greeting. But then it came like Christ and with Christmas.

I had been visiting the area every evening for three months. There were a few girls who answered my greeting. So I prepared Christmas cards for them and delivered them in person on Christmas Eve. I then took a week’s break before venturing out again. Then to my great surprise at the end of one street a girl jumped up from her seat, ran towards me and handed me a gift. I was so touched. I have no idea what I said to her but I’m sure my reaction spoke volumes. When I got home I opened the gift – three white furry miniature dogs who seemed to look up at me. I brought them to the convent and placed them in the Crib with the other animals where they appeared year after year. They were a gentle reminder to all of us of these lost young women and of Christ’s great love for them.

Slowly more and more people began to accept me and even look forward to my coming. I would sit chatting with a group of Madams; they knew I was not there to exploit them, that I had great respect for the girls, that I did not judge them. In some cases I was even welcomed into the brothel where I would sit with the girls who were waiting for their customers. But I knew that the owner was watching my every move through a one-way glass window. I hoped to give the girls my phone number and invite them to the small shelter I had set up for those who wished to come. Usually only those who had courage to leave the brothel came, and not without risk.

One night a girl ran out to me and asked if I would teach her English. This was an opportunity I could not miss. “Of course,” I said and invited her to come to the small shelter where I lived in community with girls like her, all hoping for a way out of prostitution. She came and when I told her she was welcome to stay she was so surprised, she could not believe it was really happening to her.

We were able to help her recover her true self and then get her a job and a new beginning in life. She is a friend to this day and often cries when she remembers and talks of how she might have been if I had not opened this door for her. She is a good Protestant but always wears my rosary ring.

I was probably a good while in the area when some of the women started calling me Angel. “Here comes the Angel,” they would say. One evening one of them said, “You will surely go to Heaven.” “Not without you,” I answered. I won’t go to Heaven alone. I hope she remembers these words. They came from my heart.

I will never know if my years with these women was any help to most of them, and it was an experience of powerlessness for me. But I do know that God was with me in it all, and I learned a lot about God’s gentle presence and compassion as I walked those streets.

Sr. Miriam Cousins has served for almost 40 years in Korea. She was also honored by the Korean Government for her work with HIV/AIDS patients.