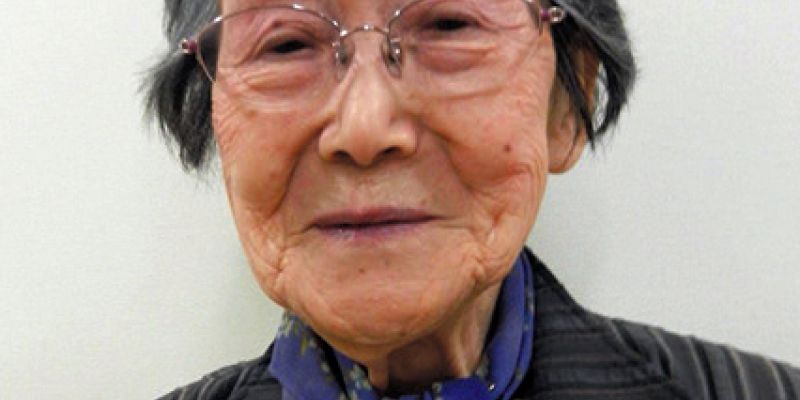 The Unfinished Story of a Valiant and Committed Woman

When we think of the missionary work of the Columbans in Japan, we must not forget the Trojan work done by the Japanese catechists. Very often they were the right hand Samurais of the trail blazing Columban missionaries. One such lady catechist is Miss Tsuneko Hinata.

She was born into a traditional Buddhist family, grew up in the Buddhist tradition and after high school became a professional working woman in a company, but never married. At the age of 40, she ran into crisis time. “What is life all about? What am I working like a slave for? What happens to me after death?” She went searching for answers to the Catholic Church. There she found Christ, got her answers and received baptism. She was filled with joy and a new conviction.

Then another crisis arose. “What do I do with this new joy and conviction? I have to share it with others. How can I do that?” She decided to quit her professional career and enter the Japanese Catechist School.

As a newly turned out catechist, she was first employed by Columban Fr. Jim Norris and thus began her long journey working full time for the Church with the Columbans for meager wages and even more “meager” living quarters. She became the mouthpiece of the language-struggling Columbans, taught daily the doctrine to truth seeking searchers, visited the sick at home and in hospitals, walked with the newly baptized on their journey of faith in a non-faith environment, and became a spiritual mother to all her spiritual children. She took no credit for her work. It was her way of living out the Gospel.

In her life, she jumped from being a professional worker into the waters of baptism; jumped from the waters of baptism into the Catechetical profession and from there she jumped into the Columban world. She retired legally at the age of 65, but like St. Anna in St. Luke’s Gospel, she was daily in the Church praising and glorifying God, teaching, visiting the sick, welcoming the stranger, guiding those searching for the truth and consoling the troubled. She never really retired. She is small in stature but big in heart; she is bent with age but straight in dedication and loyalty.

She has served with many Columbans and Japanese priests who change every few years, but she stays on, seemingly forever. She has witnessed the liturgical eccentricities of many Columbans but no matter who they were or what fancy ideas they brought with them, she took everything in her stride and smiled knowing that the next man would come with other “more wonderful” ideas and plans. She is still at that original parish church of Tetori in Kumamoto City. At 94 years of age, she has suffered no deterioration of the memory or mind or love for Jesus Christ. No-one thought that such a frail looking lean lady would last for so long without losing her zeal and zest. She knows she is outside the tombstone of life, but she is already rejoicing in the new life ahead of her in God’s Kingdom.

Let it be said in all honesty that all Columbans who worked in the same parish, at one time or other, thought about and prepared her funeral Mass sermon. The likes of Jim Norris, Eugene Griffin, Mick Conneely, Bill Curry (all of whom are now deceased) and myself, I must admit, all “saw” the day when we would be celebrating her funeral Mass but she outlasted them all, except myself of course, and smiled. It is dangerous to write her obituary. I realize that I have just done that but deep down in my heart I believe that if I should live to be a hundred, Miss Tsuneko Hinata will attend my funeral, a little more stooped, and she will smile upon on me in my coffin.

I want to thank God today for all the mighty Catechists that worked in Japan. They were and are God’s great gift to Japan and all missionaries that worked or still work here.