The Power of Touch 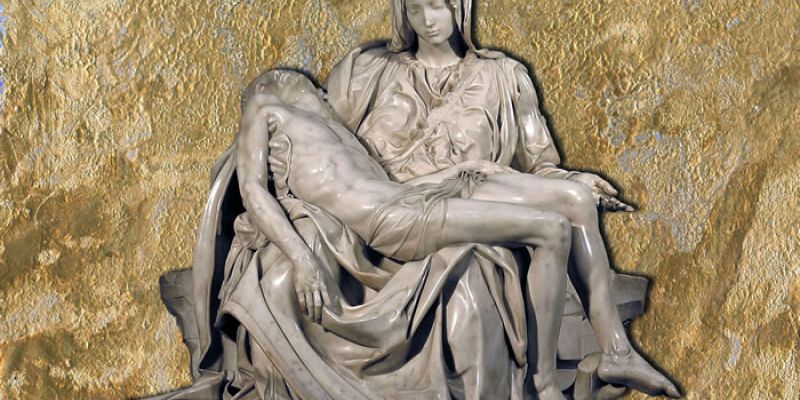 Know Christ by Touching His Wounds

What is the largest organ of our body? The skin. This is probably the reason that among the senses, touch is the first to develop in the human infant, and it remains perhaps the most emotionally central throughout our lives But we have forgotten the power of touch. A number of us are even scared of touching or of being touched. Many of us growing up never experiencing being touched by significant persons like our parents. Instead growing up we experience being hurt, beaten up, physical punishment instead of touch. Touch is essential for human survival; babies who are deprived of touch can fail to thrive, lose weight and even die. Babies and young children who do not get touched also have lower levels of growth hormone, so a lack of touch can actually stunt a child's growth. The immune systems of children who are deprived of touch may also be weaker than those who receive plenty of physical affection.

What do you notice in Jesus' miracles? Jesus' choice is to heal through touch, especially when the religious leaders of the day didn't seem too fond of touching. With few exceptions, He either laid hands on those who sought healing from Him, or they touched Him. All four Gospels present Jesus' touch as all powerful over nature, sickness and death. Many were healed by Jesus' touch, by touching Jesus or His clothes. In one story of the woman who was suffering from hemorrhages for 12 years, she was completely healed after touching the clothes of Jesus. Through her faith, she was completely healed. The other girl was touched by the words of Jesus' "Talitha koum," and she was brought back to life. Touch brings about healing. Touch is not only physical but through our words, we can either bring healing and hope or more pain and fear to people.

If touch is so important and healing, why are we afraid to touch? Why are we afraid to get close with people? Many of us are like the people in the crowd. We want to know and see Jesus but only at a distance. But according to Pope Francis, we can only know Christ by touching His wounds. Touching with our hands the wounds of Christ can serve as a medicine for one of the greatest ills of our times, that of indifference. You can only know Christ, he stressed, by touching His wounds and that is the true way. To touch Jesus or to allow Jesus to touch us would mean to have a personal relationship with him. It means to follow Him and following Him means taking up our cross daily. This is what we do not want. We do not want the responsibility and commitment that comes with relationships.

Do you remember the Good Samaritan? Pope Francis said the most difficult charity (or fasting) is the charity of goodness such as that practiced by the Good Samaritan who bent over the wounded man unlike the priest who hurried past, maybe out of fear of becoming infected. And this is the question posed by the Church today: "Am I ashamed of the flesh of my brother and sister?" "When I give alms, do I drop the coin without touching the hand (of the poor person, beggar)? And if by chance I do touch it, do I immediately withdraw it? When I give alms, do I look into the eyes of my brother, my sister? When I know a person is ill, do I go and visit that person? Do I greet him or her with affection? There's a sign that possibly may help us, it's a question: Am I capable of giving a caress or a hug to the sick, the elderly, the children, or have I lost sight of the meaning of a caress?"

As individuals and as a church we are the Body of Christ, and we cannot fully be who and what we were created to be unless we involve loving touch. But this includes bringing to the forefront the ways in which touch is abused such as in situations of domestic violence and child and elder abuse. Addressing touch will be uncomfortable. But it is vital. Every home should be the first place to provide this touch. And every church should have a safe place where abuse victims can ask for help without fear of repercussion.

"Too often we underestimate the power of touch, a smile, a kind word, a listening ear, an honest compliment or the smallest act of caring, all of which have a potential to turn a life around."– Leo Buscaglia The life saved could be the life of a stranger, or it could be your own.