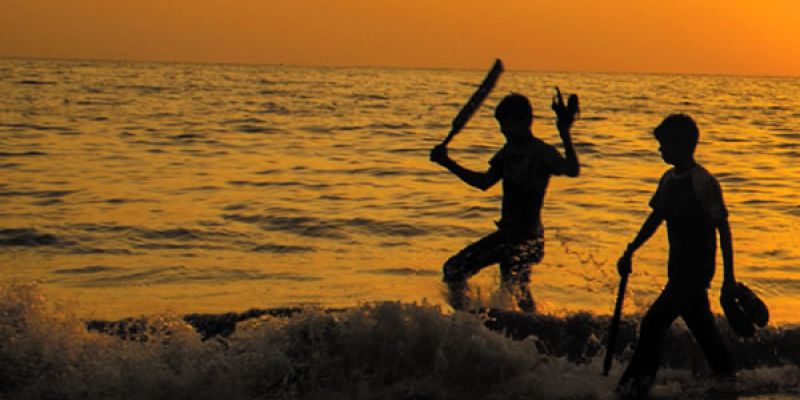 Miss Evelyn used to stand on the side of the Long Hill road near the junction. She waited for a lift to Mass each Sunday morning. To get there she had to climb down a steep incline, walk across the unused rail track and clamber a few more yards before she reached the road. Even a young person would need the alacrity of a goat to be able to negotiate the short distance from her house at the top of the hill to reach the road. She complained that her aging and arthritis was slowing her down. If the morning was wet her short trip down the incline was perilous. If she slipped, there would be nothing to break her fall one hundred paces to the railway track.

One morning, I suggested that I would go to Miss Evelyn's house and pick her up for the trip to church. This meant a detour of over a mile driving through an area already planned for luxury homes. None of the sites had been sold, because the economy had collapsed. Arriving at the end of the zoned area, I then had to negotiate a track into the bush, edging the village cricket pitch (field) and up a hill to a small plateau where her little house sat.

Usually a few cattle and goats grazed along the edge of the cricket pitch tethered to an orange or breadfruit tree. Sometimes, a few boys would be playing cricket, with just one makeshift set of wooden pegs from fallen branches stuck in the ground for bales, a worn tennis ball and a piece of board for a bat.

One morning as we made our way past the cricket pitch I commented to Miss Evelyn that Jamaicans loved cricket. Her eyes lit up and she said, "The people, dem, couldn't live without cricket, it like curry goat, rice and peas to Jamaica. Since wi small, wi love cricket. West Indies cricket team now have no displine, batsmen dem want to get out, don't stay at wicket like Laurence Rowe."

It was obvious that Miss Evelyn knew about cricket. Laurence Rowe was one of the most stylish batsmen that came out of Jamaica or indeed came out of anywhere. She continued by saying, "The boys, dem don't go a church, dem parents wonder why West Indies team not good, no church, no displine, no cricket." I got a lecture on the demise of West Indies cricket, and Miss Evelyn had little doubt as to the cause of such.

Sometimes, a few boys would be playing cricket, with just one makeshift set of wooden pegs from fallen branches stuck in the ground for bales, a worn tennis ball and a piece of board for a bat.

After Mass, I took her back to her house. The cricket game was over, the boys were resting under the nearest shady tree from the midday heat. On arriving at her house she said she had something to show me. Opening the door she pointed to three pictures on the wall in the little hallway. There she had a picture of Bob Marley, the Virgin Mary and Laurence Rowe in a more prominent position. Pointing to them she said, "dem my heroes, Laurence Rowe greatest all dem." She thanked me and said that she would be ready for church next Sunday, "If life spare."

When Jamaica and the West Indies are playing cricket at home or away people like Miss Evelyn either listen to a ball by ball commentary on the radio or if they are lucky watch it on television. The advent of the transistor radio brought cricket up close to people in the West Indies. People carry their transistor with them to work in the fields, fishing, to church, on buses, at the beach, and in the market for the cricket commentary. Cricket grounds with names like Eden Park, SCG, WACA, Lords, Trent Bridge, The Oval, Old Trafford, Kensington Oval and of course Sabina Park are as familiar to the people as the next village. The transistor radio has made them spectators in all these places.

Mr. Ernel Sterling, who plays the guitar and leads the choir at Sunday Mass, never moves without his transistor. It is as necessary an item as his lunch when he is going to work. He played competitive cricket with the local teams around Montego Bay well into his fifties. His wife Beryl, now retired, seldom misses a cricket match around Montego Bay and the north coast of Jamaica. Their son is the captain of the local team.

Indeed, when the test teams come to play in Kingston from Australia, India, England, Pakistan or New Zealand, Beryl and Ernel make a one-day pilgrimage to Sabina Park in Kingston for the test. They think of a day out such as this as a Christian thinks of Lourdes. They plan such a day months in advance. The day before they take special note of the weather forecast to make sure they will have a full day's cricket. Their forthcoming journey is the subject of conversation for weeks before they depart.

Afterwards, their memories of the day are repeated to everyone they meet. They repeat the highlights of their trip, comparisons are made with previous generations of cricket stars they watched, the happenings at Sabina Park and complaints about the price of a Red Stripe beer inside the grounds are aired. They compare modern batsmen to Viv Richards and Laurence Rowe, and bowlers to Michael Holding, who is now a commentator. But without bias, they admit they haven't seen anything like Shane Warne. They also recall the glory days of Courtney Walsh and Brian Lara.

The last visit of the Australia team to the Caribbean was crunch time for West Indies cricket. The Australians came claiming to be world champions. They had taken the crown from the West Indies who reigned supreme in cricket for the previous twenty years. This claim by Australia did not sit well with the people of the Caribbean. As the tests got under way, Australia backed up their claim with a victory in the first test. In the next test the West Indies played a bit better, but they were a pale shadow of the team of former years. Brian Lara's game was sporadic, the bowlers lacked skill, pace and discipline. But they managed a draw.

In the test at Sabina Park the West Indies needed a win to level the series. The crucial day of the five-day test happened to be on a Sunday. The opening batsmen were weak. A good second inning by Lara and needed to save face and maybe win for the West Indies.

Mr. Sterling arrived at church about 9:30 am to prepare the hymns for Mass. Outside the rear of the church he placed his transistor on the ground so he could listen to the commentary as he went about his chores. As Mass time approached he switched off the transistor and placed it in his bag. I noticed that he was agitated and apprehensive. As I passed him on my way to put on vestments in the sacristy I inquired about the score. His answer was, "West Indies need prayer."

At the general intercessions before the offertory the people prayed for a wide variety of needs. As it was left for me to conclude with a closing prayer I included a prayer for the success of the West Indies at Sabina Park. Some people forlornly shook their heads and smiled as if to insinuate that even the Lord couldn't be of help at this stage.

After Mass, Ernel and Beryl left immediately on foot for home to watch the rest of the match on television. As they went along the road Ernel listened to his transistor. The West Indies were steady rather than spectacular. They weren't taking wild swings at the ball. Later in the afternoon I had to attend a meeting and forgot about the test. Returning to the rectory at about 7:00 p.m. the phone was jumping off the hook. Each time I picked it up there was a parishioner at the other end telling me that our prayers were answered. Inquiring as to what specific need the Lord had granted us I was informed that Brian Lara had scored in excess of 150 runs and led the West Indies to a famous victory.

Listening to the varied comments on the telephone I wasn't sure whether God, Brian Lara or our Christian community was responsible for such a great victory. However, in spite of repeated prayers for the success of West Indies cricket in following tests, they haven't had a victory since. I think Miss Evelyn's observation as to the demise of West Indies cricket is correct.

Columban Fr. Bobby Gilmore lives and works in Ireland. He wrote this reflection in 2002, and it was based on his work in the West Indies.