Prepared By the Lord 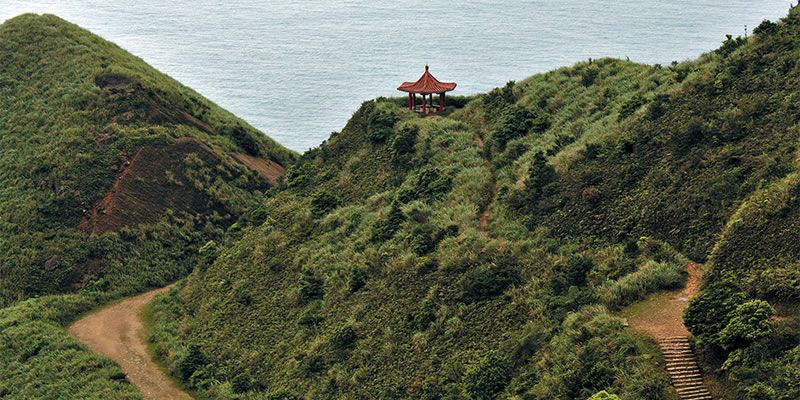 It has been slightly over one year since I was assigned to Taiwan as a lay missionary by the Missionary Society of St. Columban. I remember the first time I began life as a missionary about two years ago. At that time, I had to spend a lot of time thinking, discerning and praying before I decided to walk away from the old life and to begin the unfamiliar new life. Now looking back, the past one year I had spent in Taiwan was not easy. However, I have finally begun to adjust to the life in Taiwan.

My new life in Taiwan began without having any knowledge of either Taiwan or of the missionary life! The biggest and the first challenge for my life in Taiwan was the language problem. It is not an English-speaking country and therefore, communication in English was almost impossible. Although I learned Chinese characters during elementary and secondary schools, the same Chinese characters in Taiwan were totally different from what I had learned in terms of both the pronunciation and the meaning. It was even more frustrating when I was unable to communicate with the people and to express my thoughts or views. 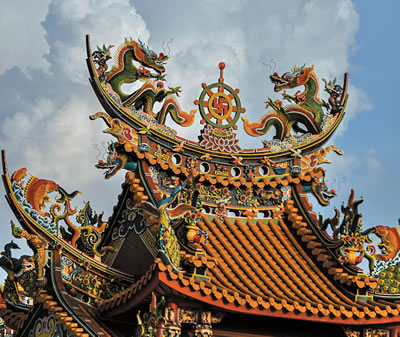 The second difficult challenge was the weather. The unfamiliar heat and the cold made me easily exhausted, both physically and mentally. As almost everything was strange and I was experiencing everything for the first time, I was always unconsciously tense and because of the tension, I have become more sensitive than ever before. The third challenge that I had to overcome was building relationships with the people from different nationalities, backgrounds and languages.

Taiwan is a special place for me. Two years before I was officially assigned to Taiwan and when I was interested in missionary work, I was given an opportunity to experience the missionary life by a religious order and the very place was Taiwan. However, just a few hours after arrival, I received urgent and tragic news from home that my grandmother passed way. So, I had no choice but to return to Korea after spending just one day in Taiwan. After that incident, I forgot all about Taiwan. When I was assigned to Taiwan this time, I thought that perhaps God gave me an advance notice before.

While I was having difficulties in adjusting to the life in Taiwan, I thought God is the only source I could rely on. So, every morning, I went to the daily Mass thinking that hearing Mass is one of the best ways for me to adjust to life in Taiwan although I was unable to understand what was said in the Mass. Still, my mind was not at rest but instead it became more anxious and tired. Then, all of a sudden, while I was praying after Mass, I heard a voice telling me, “I am here. Why are you worrying?” What actually had happened to me was that despite hearing Mass every day, instead of trusting in God, I was still thinking of only myself. Once I understood the voice of God, I realized that I was having difficulties because of relying on my thoughts and mind instead of following the road led by God. After that, my mind was at peace at last.

When I was learning the Chinese language, the most difficult thing was the pronunciation and the four different tones. I was familiar with the writing and reading of Chinese characters but learning the strange pronunciation and the four different tones was really difficult for me. Meanwhile, I thought I was fortunate because I started learning Chinese characters early on from my elementary school days unlike the others of my age. When I was in middle and high school, I continued learning Chinese with enthusiasm. Most of the Chinese characters I still remember are those that I learned at that time. I am really grateful and feel fortunate for that knowledge. If I had to learn reading and writing in addition to speaking and listening, it could have been a real challenge, if not impossible. Perhaps God was preparing me all along for this vocation!

While I was in Korea, I served as a voluntary Sunday school teacher for 20 years. During that time, I was able to learn about children, youth, and the flow of the parish church. Especially I was able to learn more about building friendship and relationship within the community as I belonged to the Diocesan department which teaches recreation.

At present, I am participating in aborigine ministry of the parish in the mountain area. It seems that all my knowledge and experience have been deliberately prepared for this ministry and from now on, I am going to listen to God’s voice to find out God’s purpose for me and to follow His way in the future.

All my family members are Catholics. In fact, we have been Catholics for many generations. Perhaps such family background– along with my upbringing in the Catholic faith and learning from my parents’ life of faith–could have been the basic reasons and God’s will for my being groomed as a missionary. My parents’ life of prayers, trusting in God, and believing in God’s will have become the foundation and strength of my faith.

Against this background, there are two priests in our family, and everybody has been willing to work for the Catholic mission. I believe that everything has been prepared by God for us. For this, I am really grateful and happy.

My favorite Bible verse is “And behold, I am with you always until the end of the age.” (Mt 28, 20) God is always with us, but it is not easy for us to recognize that truth. Nevertheless, I would gladly like to become a instrument of my Lord by ceaselessly praying to Holy Spirit, feeling the presence of God, believing that God is with me whenever and wherever, and recognizing God’s preparation for me.