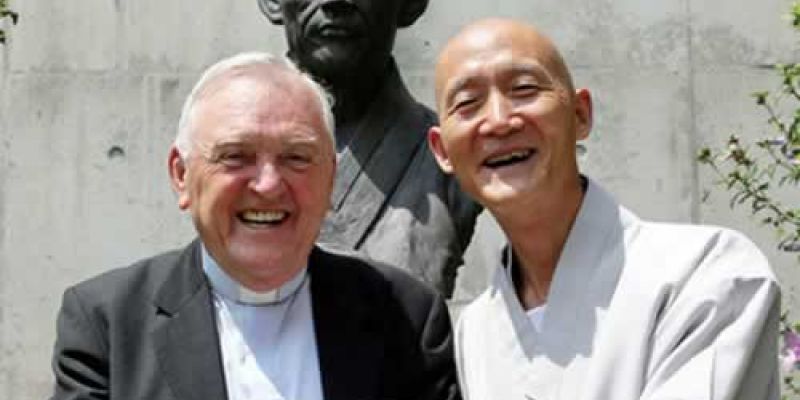 The Rainbow Community, a foundation offering services to peoples with intellectual disabilities in South Korea, founded by Irish-born Columban Fr. Noel O’Neill, received the Manhae Award in the field of social service. The award ceremony took place in Inje County, Gangwondo province, South Korea, on Tuesday, August 12, 2015, at a site a stone’s throw from the temple where the Korean poet, Manhae, wrote his poetry and also within roaring distance from North Korea.

The Manhae Award is named after the Buddhist monk, Han Yong–un (1879-1944), a Korean independence fighter and a renowned poet, who used the pen name Manhae. Each year the Manhae Foundation gives awards in three categories: peace, social services and literature. Former recipients of the Manhae Peace Award were Nelson Mandela and the Dalai Lama.

The Rainbow Community was selected for the social service award because it had pioneered community-based services for people with intellectual disabilities with the introduction of group homes. Besides pioneering community-based residential services, the community had also started a factory in an industrial estate where 40 people with intellectual disabilities make candles and toilet paper while earning the minimum wage. They are the sole suppliers of toilet paper to the Incheon International Airport.

In his acceptance speech Fr. Noel said, “that just as the monk Manhae fought to free Korea from the bondage of the Japanese occupation, so also the Rainbow Community struggled against society’s disinterest and prejudice towards peoples with special needs. If those institutionalized in large institutions throughout the country were given the opportunity for learning and training they too could live with dignity in the local community and make their contribution to society.”

When interviewed by the influential daily newspaper the Chosun Ilbo, Fr. Noel said that he had prayed to God to extend his life for 20 more years, so that he would have the opportunity to establish group homes for the intellectually disabled both in North Korea and nearby China.