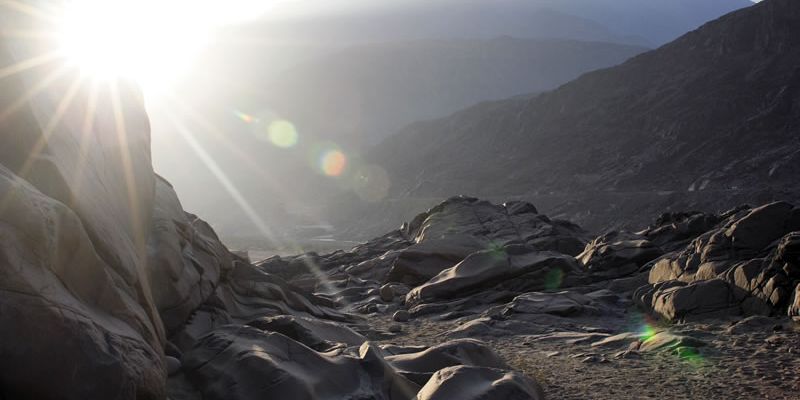 When I lived in Pakistan I was part of the 1.6 percent who are Christians in this predominantly Muslim country which has an estimated 203 million people. In Pakistan many Muslims have hardly ever met a Christian and certainly do not know anything about the Christian faith. Nor are most of them even interested, because it is not a major concern for them. Prejudice among Muslims towards Christians and vice versa is common because of the lack of willingness or interest to engage with each other.

People in the Philippines, where I grew up, are inclined to have this same attitude. The predominant religion there is Catholicism. Common perceptions of Muslims are based on preconceived notions handed down from one generation to the next. Most of these preconceptions are quite offensive and express false notions about the culture and religion of Muslims.

When I was young I used to see Muslims selling in the marketplace. I did not interact with them. I just listened to the offensive comments used to describe them. At the same time I also learned early on in school that they pray five times a day. I could not reconcile these two opposing views of Muslims then.

Before leaving for Pakistan, as a part of my seminary formation, I was fortunate enough to get to know some Meranao Muslims in Mindanao, the Philippines. Most Christians only know them as Muslims and don't bother to learn their language or take an interest in their unique culture. I was able to live for a while with Asnawi Mangka and his family and parents in Sultan Naga Dimaporo in the province of Lanao del Norte. This was my first experience of living with Muslims. I remember my apprehensions at first. I grew up with the usual Christian perceptions of them as being aggressive, hostile and not to be trusted.

These preconceptions were very far from what I experienced when I finally got to live with them. I joined them in planting crops on their farm, exploring their place, and I was able to join them when they prayed in the mosque. I ate with them and during meals Asnawi asked that we take turns to pray before meals out of respect for each other's religion. It was a powerful gesture from Asnawi to allow me to pray with them in my own Christian way.

I felt I was in a space of freedom, and I was accepted as a Christian. I also admired Asnawi's family and neighbors for their hospitality and their willingness to befriend a complete stranger like me. It was not easy at first, but our willingness to engage with each other and my ability to ask questions helped me to overcome some of the long-held prejudices I had. It was very liberating for me.

The same attitude and openness allowed me to overcome my anxieties when I was in Pakistan. I started exploring the alleyways in the place where I was assigned. I talked to strangers and gave myself time to familiarize myself with the people by joining them for meals during special occasions or just spending time in long conversations over a cup of tea. Some became like brothers to me.

Although I was constantly bombarded by accounts of negative experiences of Muslims with Christians, my prior memories of the time spent with Asnawi and his family enabled me to realize that one's religion should not be confused with one's individual behavior and cultural practices, which is what tends to happen in Pakistan. It was hard to go against the mentality that exists among the Christian minority in Pakistan. However, I drew inspiration from the Meranao Muslims that I lived with in Mindanao. Asnawi and his family not only opened their home but also opened their lives and hearts with the warmth of their welcome.

Now I'm back in the Philippines. That experience with Asnawi and his family has contributed to my being able to somewhat understand how it is to live as part of a minority in a country where the majority confuse culture with religion. Recently I joined an event called "Duyog Ramadan" where Christians join Muslims in the daily breaking of the Ramadan fast. It was very encouraging to see many Christians joining this event in a symbolic gesture of solidarity.

It is very important that we value a celebration that matters to our Muslim neighbors no matter how small a minority they are in the overall population of the Philippines. Whether one belongs to the minority or the majority does not matter. What matters is our constant openness to engage with people from other faiths, to find the good in them and to appreciate our differences rather than to let them divide us. I am optimistic as I continue on a journey to move to a space of freedom from prejudice, because I see a great need for this at a time where sectarian violence is so common and where the tendency to condemn others out of ignorance is so pervasive.

Filipino Columban seminarian Louis Ybanez spent two years in Pakistan as part of his formation to become a missionary priest. He continues his studies for priesthood in Manila.