A Taste of Mission Work in the Andes 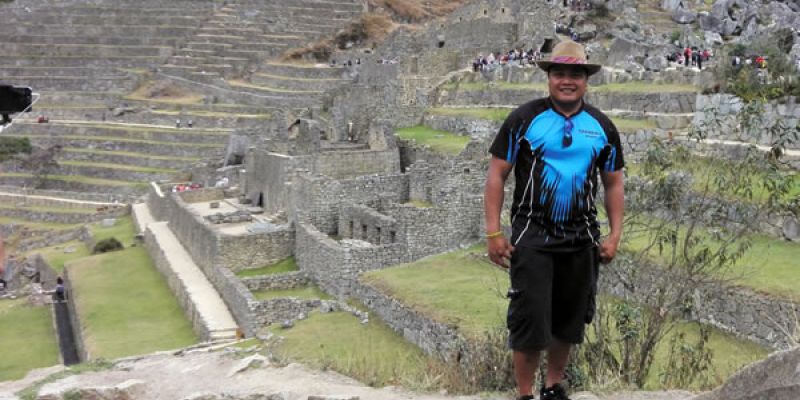 A Columban Seminarian in Peru

Aminiasi and I arrived in Lima on May 20, 2016, for our pastoral experience called FMA (First Mission Assignment). We arrived during winter, above all, at midnight. The first thing I experienced was the cold breeze as soon as I went out of the airport. There was a period of two weeks of adjustment, which were like two days for me. Then my pastoral experience began. I started by learning the language (Spanish) which also allowed me to experience a bit of the Peruvians' daily routine. We had to travel to the language lecturer's house by bus for almost two hours and maybe more depending on the traffic.

While it took me two hours or more for my commute, some people travel to their work place for three or more hours. I heard from a Columban priest that most Peruvians travel more than four hours each day both ways just for work. I also heard that the Peruvians had been suffering not just from traffic congestion, but more importantly, corruption in their country.

Even though the language was a struggle for me, it was nothing compared to what the Peruvians have to encounter each day of their lives. Above all, language does not have to be a barrier for engaging with people. Though it is a method of communication, I have to be patient with it. I am so thankful to those whom I encounter each day in the parish for their support with my difficulty with their language.

On arrival in Cuzco I experienced dizziness due to the high altitude, but Yanaoca was even higher. Cuzco is about 9,842 feet above sea level while Yanaoca is 13,132 feet. Fr. Young In met us at the airport and told us that we were going to spend the night in Cuzco to adjust ourselves to the altitude. Even though I felt the effect of the altitude and the cold, it did not stop me from exploring the beauty of Cuzco city, the birthplace of the Incas.

After a year and a few months living in Lima, the other FMA seminarian, Mini, and I had the opportunity to get to know more about Peru outside of Lima. Mini and I were sent for a mission experience of life in Yanaoca, the capital of the province of Canas, high up in the Andes in the Department of Cuzco. Yanaoca is a Columban parish and is called “Santiago Apostol.” The two Columban priests there are Fr. Young In from South Korea and Fr. Paul Prendegast from New Zealand.

The following day we all set off to Yanaoca. It took two and a half hours by car to get to Yanaoca. That two and half hours was just a blink of an eye for me due to the awesomeness of nature that we saw. The sun shines brightly on the Andes mountains and valleys and was hot, but in the shade it was still cold. When I arrived at Yanaoca, the first thing that captured my attention was the cold and the hot sun. In addition to this, the local people were wearing sandals or slip-on shoes. Here I was with boots and thick socks, and yet I still felt the cold entering through my feet. I saw kids playing, running here and there and when I walked for just a few minutes, I could feel cold blood running through my veins and felt out of breath, as if I had run a hundred-meter race.

On the following day, Fr. Young In took us around Yanaoca explaining the work the priests do. One place we visited was the casa de niños (children's house). This is a place that during the week provides children with board and lodging, Monday to Thursday, while they go to school. On the weekends they go home to the surrounding villages, and many walk from over two hours away. The "children's house" is a place for the children to play in safe surroundings, and most of all to preserve their native traditions. The children learned to knit and care for the environment by caring for trees and vegetables.

I also accompanied Fr. Paul Prendegast to one community that was walking distance from the main square. This community has a small capilla (chapel) that has been half-finished for ages. Even though the chapel lacked a roof, Fr. Paul celebrated Mass, and there was a good turnout of people. The idea of the word "church" was presented to me in a new and realistic form. It's not the building that describes the church, but the faith of the individuals. This is what the local people of Yanaoca highlighted to me during my stay with them.

I left Yanaoca after a short stay and then spent another week in Cuzco. In Cuzco, I discovered an ancient world that really fascinated me. My visits to the different archeological sites made me wonder about ancient technology. The knowledge they had to construct a community using whatever nature provides them. Cutting and lining up rocks perfectly without the use of machines that we use today. They work without doing great harm to nature unlike today's technology.

Above all, the bond between the people is so strong. It's togetherness that made possible all those magnificent ancient sites, especially Machu Picchu. Their connection with nature allowed the Inca people to amaze today's generation, which is what happened to me when I visited the different archeological places. Each place left me in awe and wonder at its beauty and well-built structures.

Columban seminarian Teakare (Tex) Betero is originally from Fiji and is currently on mission in Peru. 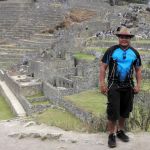 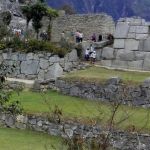 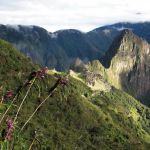 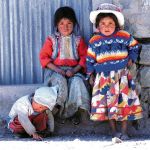 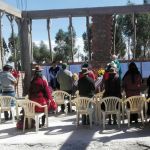