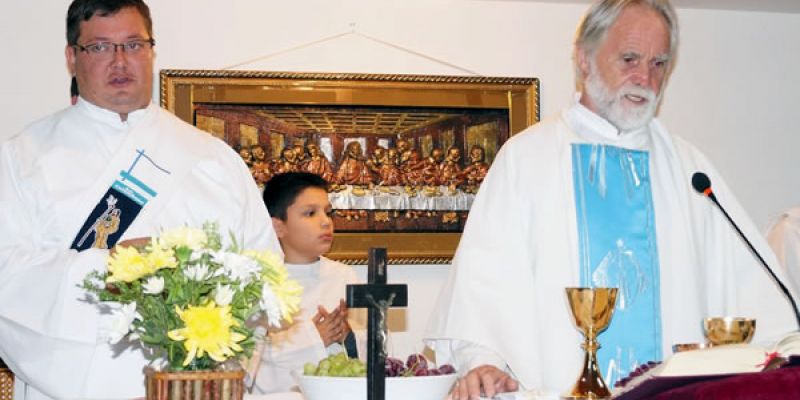 Chile is a country that has its beauty in so many diverse ways that for the two years I had journeyed with the Columbans there I realized there is more to learn about mission then just going out and preaching the Gospel to the people. A familiar site for missionaries are the boundaries that every missionary must learn to cross, one of the first ones is an attempt to achieve the boundary of language. For some countries it may take longer to learn, and others may be shorter. Spanish is the official language in Chile, and it took me five months to overcome this boundary.

Part of the program that the Columbans set up to help me cross this boundary was the opportunity to live with a Chilean family and not only learn the language but also to learn their culture and way of life. The additional advantage I had was that the family I was assigned to had four generations living in the same house, so I had the privilege to learn firsthand what Chilean family life is really like. It wasn't an easy road though as I had to overcome so many boundaries of my own like the embarrassment of making mistakes and trying to know the "Do's and Don'ts" of a family without even knowing the language. I believe that through this experience I gained a lot.

Working in the parish gave me more opportunities to know the people, not just within the church but also those that do not participate much in Church, as I was invited to a few lunches and dinners with other families. It was on these visitations that I learned more about the saying, "Yo soy Catolico en mi mismo manera" which means "I am a Catholic in my own way," a phrase I often heard from non-active Catholics who preferred not to participate in Church activities except if they need it, like weddings, baptisms and confirmation. This has been one of the great challenges in the church in Chile as many have also had a bad history with authority in the church, some may have been disagreements with the priest or other leading members of the church. I am grateful to the help and encouragement of the priests that I worked with in San Columbano (with Fr. Tom Hanley and Pablo Park), especially Fr. Gonzalo Borquez Diaz for not only showing me a path of formation (as I was privileged to know him as a seminarian and watch him complete the initial formation and further on to become a priest) but also for the example he showed me by the way he lived out his priestly missionary life in the parish.

Traveling into several mission sites for an experience of mission was introduced to us when we first arrived. To be honest, I was always looking forward to these experiences mainly because I wanted to gain everything I could from this experience while I had the chance, but also I liked to travel so it was a win-win situation for me. In each mission site I had something to gain and help me not only to learn about this beautiful culture of Chile but to also grow as person in my experience of mission. Just to show an example of this, one of our first missions was in a countryside community called Ria Chuelo in the zone of Ozorno, where we went to visit families and hear their life stories and how they love the Lord because even though they do not have enough are always satisfied with whatever they have. There were a lot of poor families in that community. I felt like with each mission experience I had something to bring back to the parish, like the visitations in Ria Chuelo, gave me courage to engage more in visitations within the parish. I realized that in Chile you can ask the family if you want to visit them, whereas in Fiji it would be considered intruding, because normally you are invited. So you could say that I had my share of culture shock that continued throughout my mission journey in the last two years.

For most of my life in Fiji, the atmosphere around priests was always a respectful one, where we were always taught to show respect to priests and most priests would love that kind of attention. Living in Chile I realized the atmosphere is totally different. People related to the priests in a very friendly way as if they were a member of that parish. Another thing that I have grown to appreciate about the Columban priests in Chile is their honest relationship. They can argue so much about a lot of issues but when one needs help, they are always there to show their support.

Fraternal charity is one value that the Columbans in Chile have been so accustomed to, for that I am truly grateful to the Columbans. In many cases I learned to see our motto "Christi simus non nostri" ("We belong to Christ and not to ourselves") being personified by the humble members of this beautiful region, and for that I am truly grateful to God for this experience. 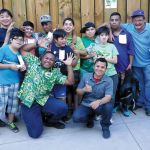 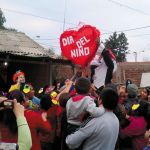 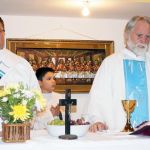 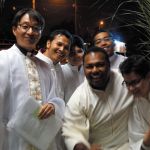 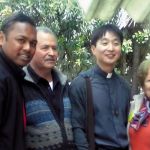