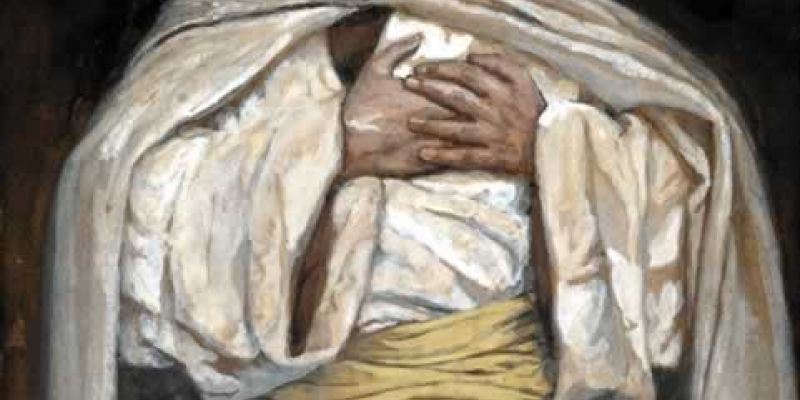 Shusaku Endo, a Japanese novelist, died in 1996–almost 20 years ago. In Japan he is still featured regularly in television programs, magazine articles and exhibitions. Every bookstore still has an Endo section. In Hollywood, Martin Scorsese’s Silence, to be released in 2016, is based on Endo’s most famous novel.

Before going any further, let me first say a few words about Endo himself. Born in 1923, he was eleven when he was baptized with his mother after her divorce. After World War II, Endo went to France to study for three years. There he experienced discrimination, loneliness and doubts about his faith. He later wrote, “Many times I felt I wanted to get rid of my Catholicism but was unable to; it had penetrated so deeply in my youth and had become part of me. I was struck once again by its grandeur. To me Catholicism is not a solo but a symphony, the full symphony of humanity.”

After his return to Japan, Endo was hospitalized for a few years with tuberculosis, pleurisy and diabetes. He was supported by his wife Junko. Especially in his sickness, Endo experienced great desolation which he called “the silence of God.” That silence was not nothingness, as he somehow felt the presence of Jesus suffering in Gethsemane and on Calvary crying out, “My God! My God! Why have you forsaken me?” Only with the eyes of faith can we experience the paradox of God’s silence, yet also the accompaniment of the suffering God-man Jesus.

Endo’s own experience of weakness, failure, suffering and doubt influenced his writing. In the novel Silence the 16th century Portuguese missionary, Rodrigues, seems to apostatize on the surface, but actually meets Jesus in a deeper way in his failure as did St. Peter. Endo maintains that it is the human experience the weakness and failure in our lives that can give us new depth in understanding Jesus and Christianity.

In Silence Rodrigues is interrogated with the much quoted question, “Can Christianity survive in the muddy swamp that is Japan?” meaning that it will inevitably rot and die. Endo was greatly hurt by the adverse comments of some Bishops at the time the book was published. What Endo was saying was that the Church, to flourish in Japan, must divest itself of its Western trappings and become truly Japanese with an in-depth enculturation. The true Christian message, the kerygma, needs now to be clothed in a Japanese cultural context or as the Japanese bishops succinctly said twenty years later, “We need to present Jesus with a Japanese face.”

Endo also wrote many articles and books based on the Gospels, for example “Women Who Met Jesus.” Over the course of 22 years he wrote four books on the life of Jesus. He portrayed Jesus as someone intensely human who experiences joy, sorrow, suffering and apparent failure who showed us the love of God and the God of love. When we meet the human Jesus we taste the love and compassion of the true God. When speaking of Jesus, Endo frequently used two particular Japanese words. One is kyokan which means to feel with a person. The second word is dohansha, someone who walks the path of life with us. For Endo the Gospels have an eternal present tense. Jesus is alive and with us today.

When we consider the miracles of Jesus, Endo asks us to look not so at the miraculous events of 2,000 years ago, but rather at the compassion of Jesus that caused Him to perform those miracles. We can taste the same compassion today.

Jesus Himself experienced human weakness, emptiness, betrayal, bullying and misunderstanding. He accepted His frail human disciples in their failure and betrayal. Jesus is the same today. Like Rodrigues, his chief character in Silence Endo asks, “Did Judas too in his last second experience and respond to Jesus’ tender compassion?” Endo trusts he did. Endo summed up his work, “I have tried to depict the kind hearted maternal aspect of God revealed to us in the personality of Jesus.” Endo’s perspective on the Scriptures was brought home to me when I saw his own Bible at an exhibition. The margins were full of notes written at different times in different inks. He understood Jesus’ complexity; in addition to a compassionate suffering Jesus, he loved and depicted a joyful Jesus. I use the Gospels and Endo’s life of Jesus with people preparing for baptism at the point in the course when I am introducing them to the person of Jesus. I give each a copy of a small ink brush sketch of “the smiling Jesus” which Endo displayed in his writing studio.

Endo had a practical love for those who suffered. He founded a movement called “Warm Hearted Hospital Treatment.” Members are taught to listen carefully to patients’ words, those spoken and unspoken. They were also always to sit at eye level with the patients, never towering over them. With the guidance of doctors and staff, these volunteers were trained to broadly explain what the patients’ medicines were for. They would gently ask why a patient might be experiencing sleeplessness rather than having him rely on sleeping pills.

In 1985 California’s Santa Clara University awarded Endo an honorary Doctor of Letters degree. The presentation scroll reads “…where faith often seems to be drowned in a sea of technology, you have re-awoken in us the knowledge that God still walks among us in unexpected ways.” On a similar occasion at John Carroll University in Cleveland, the citation read, “You trace for us the earthly life of Jesus, that man who shares our needs and sorrows, allows for our weakness and shows us God’s maternal face.”

Fr. Yoji Inoue, a life-long friend of Endo, preached the funeral homily. He said, “Endo was a man who was captured by the sad eyes of Christ who shares the sorrow, the misery of each and every person. Endo received many prizes in his life, but now he receives the crown of glory from the same gentle Christ.”

Editor’s Note: “Silence” is an upcoming historic-drama film directed by Martin Scorsese and written by Jay Cocks, based upon the novel of the same name. It is anticipated to be released in 2016.