A Woman in Distress 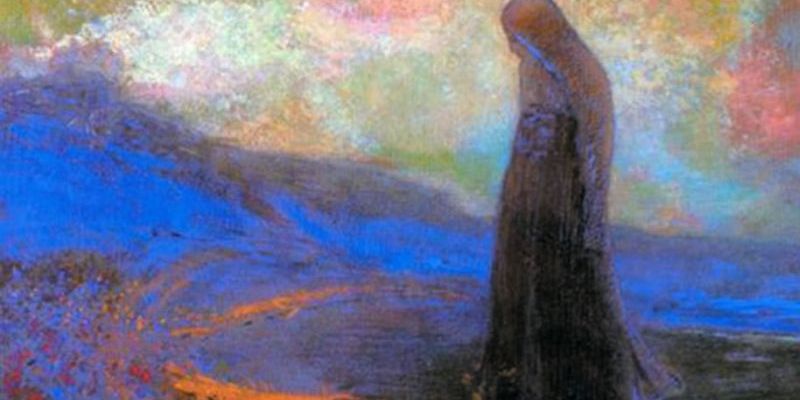 When I instructed catechumens in Japan, I spent the first year dealing with ordinary catechetical matters. After Baptism we studied St. Luke's Gospel and Acts. I chose Luke because he was a foreigner writing for foreigners, and also in Acts we have the history of the early church. I always assigned a Catholic to accompany the catechumen. In Japan the custom was to have only one godparent, and many of these people who accompanied a catechumen ended up in the role of godparent. 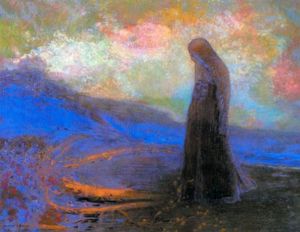 One evening just as I was preparing to go over to the hall for a class on Luke, a newly baptized Catholic and her godparent came in to see me accompanied by a woman that they had found crying in the church. I asked them to stay with her and get her a cup of tea and a biscuit as I had to go over to the hall for my class. They agreed to do so. When I got back after the class I found that they had tried to talk to her, but she would not talk to them. They had put her into my office and given her tea and biscuits, and had helped themselves to the same fare and were having a good chat. I asked them to stay around as I might need them, and I would try to get her to talk. The woman was in her early twenties.

When I tried to talk to her all I got was a blank look, and a few words from her that showed she was very depressed. She offered her purse to me and asked me to take it. I figured she was suicidal as the sea was less than a half mile down the road. After about ten minutes, I went out to the two ladies and asked them to call the police and tell them how they had found her. They did this and the police arrived in about five minutes from the nearest police box. It was very interesting how they dealt with her. The younger one acted like a tough older brother and shouted at her and told her not to be wasting his time. The older man went in to talk to her, and he played the role of a kind, gentle father who wanted to help her, and she started to talk to him.

She was working in a factory in the city and came from a small town about 130 miles away. She was staying in a dormitory for the female workers, and her mother who was worried about her had come, and was staying with her in the dormitory. One of the police rang the dormitory and asked the mother to come to the church. The mother arrived shortly afterwards in a taxi. She was inclined to lecture her daughter, but I asked her to be gentle with her. I got out my car and left them both back to the dormitory, and assured the daughter that anytime she felt like it she could come and have a chat. By this time she was eating the biscuits and drinking the tea. When I got back to the church after leaving them home I found the two policemen eating biscuits and drinking tea with the two Catholic women. I joined them for a good chat.

Two months later my doorbell rang about 2 a.m. When I went down and opened the door it was the same girl and she told me that she wanted to buy some things from the little shop that was in the porch of the church. I told her if she came on a Sunday it would be open. It was a very bright night with a full moon. I offered to take her back to the dormitory, but she said that she would walk. As Japan is one of the safest countries in the world I was not worried about her walking home. Over the next year she turned up at the same time with the same request about three times. It was always the full moon. After that I never heard from her, and I figured that she had gone home to her mother. With a population of almost 128 million people, it is easy to disappear.

After many years in Japan, Columban Fr. Noel Doyle now lives in Ireland.