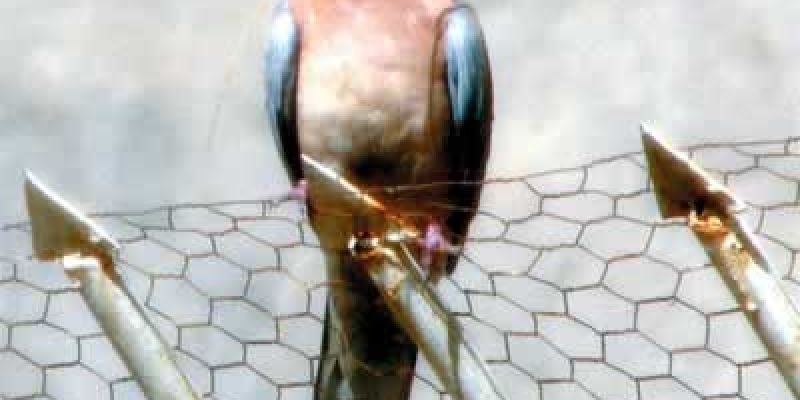 The Work of a Prison Chaplain

On September 6, 2015, I celebrated Mass for the last time in prison. For the past 22 years I have been working as a prison chaplain in Western Australian jails. The prisoners used say to me: “You’re doing ‘life’, Father, just like some of us!” But now I realize that God is calling me to take a different path and leave this ministry to others.

I feel immensely grateful for all the blessings God has given me over these years. It’s been such a privilege to walk with so many prisoners a little of their journey to God. I have been entrusted with so many secrets of the heart, confessions of guilt, experiences of anguish, loss and self-hatred. There is nothing they have confessed to me which in some shape or form I have not myself experienced. Indeed if I had grown up in a home where there was violence and abuse, perhaps I would be wearing green like them!

Much of my time as a prison chaplain has been spent building relationships of trust with both staff and prisoners. I was aware that many of the prisoners were very damaged people who had known great sadness and deprivation earlier on in their lives. I tried to help them see that God does not write them off as “crims” or “scum” but sees them as a beloved son or daughter. No matter what they had done to hurt others, no matter what others had done to hurt them, God believes in them. God wants to forgive them, mend broken relationships, and help them to be there for those who love them. There is a part of them which simply wants to be accepted for who they truly are – someone who is able to love and deserving to be loved.

I was often touched by the courage of people who were prepared to own up to their offenses and the damage they had done to the victims of their crimes. They needed that very much, the chance to grieve over all that had gone wrong in their life, to let go of self-hatred and the need to punish themselves endlessly.

You see people in a very different light when they tell you something of what they have lived through. It has made me realize that God is at work in every one of us and that the most powerful thing any of us has to share is our own story. Because our story is ultimately the story of what God is doing in us.

Working with prisoners has been for me an uplifting and rewarding experience. I loved especially the Restorative Justice workshops where victims of crime came into the prison to share the trauma they had suffered, encouraging prisoners to “fess up” and accept responsibility for their offences. I loved also the Masses I celebrated with the prisoners. It was an opportunity for them to share their reflections on the Scriptures and how and where they had met Jesus on their own journey. There was such an honesty and earthiness about the story of their addiction to alcohol or drugs, their underlying sense of worthlessness and how they came to discover “Amazing Grace.”

There were of course times when I felt dispirited. In prisons there is often an undercurrent of deep frustration and rage. There is a lot of bullying, gang violence and drug dealing. For vulnerable young prisoners especially, jail can be a harsh and dehumanizing experience. Yet even in this darkest of situations the Light is never extinguished.

Leaving the prison ministry I am conscious that prisons are more overcrowded than ever, putting great strain on staff and prisoners alike. Aboriginal prisoners are hugely overrepresented in the prison population. Much needs to be done to provide alternatives to imprisonment for the mentally ill, the addicts, those who have unpaid fines, etc. Rather than building more prisons, the emphasis needs to be on building communities where the most vulnerable are supported, where conflicts are resolved through dialogue between victims and offenders and their families.

None of us walk alone. In my case I have had great encouragement from a little group of lay Catholics meeting at the Christian Center for Social Action each Wednesday evening. There we would reflect on the following Sunday’s Gospel and talk about what it meant for us and what God was doing in our lives. I have felt held and carried by this little group over the years and inspired by their passion for justice and compassion for the poor.

Over the years I have been greatly supported also by lay volunteers who would come into the prison chapel with me on a Sunday for Mass and share a cup of tea with the prisoners afterwards.

I also owe a lot to a wise and caring woman who was my pastoral supervisor for much of my time as a Chaplain. I could “unload” onto her my concerns and frustrations and gain insight into myself, my own ambivalence, woundedness and blockages.

It seems to me that many prisoners are hostages to defeat and shame long before they come into jail. They inhabit an inner prison of loneliness and failure. And as we know from our own experience, “hurt people hurt people.”

I think of an older prisoner who had come through a period of deep depression. He was greatly loved by his wife and family. He told me how finally he felt able to forgive himself for the shameful things he had done and the trauma he had inflicted on others. Somehow other prisoners sensed the change in him. He found that men who presented such an image of macho toughness to their mates were coming to him for help, crying like children over long-withheld grievances. I have been privileged to witness many such graced moments.

In particular, I have been brought to an experience of Jesus, the Good Shepherd. As Pope Francis has reminded us, Jesus stank of His sheep. What else would you smell of when you are forever searching for lost sheep, picking up the injured and carrying them home?