The Empowerment of Women 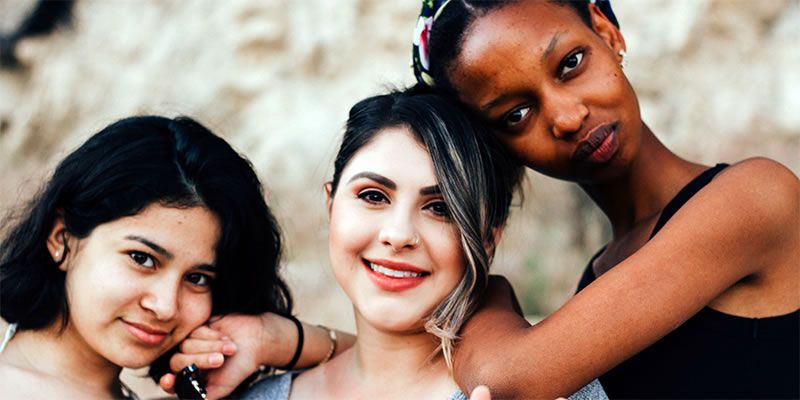 The empowerment of women and girls is a most urgent need in today’s world where discrimination, violence and exploitation of women and girls, especially in the developing world, is tearing the heart out of society and family life causing human suffering, exclusion, sickness and death.

Education is the key to empowering women and girls and building equality in society by defeating the superior and dominant attitude of many men. Some wrongly believe they are entitled to treat women as inferior and unworthy of leadership roles in society, business and family.

At every level of social status, rich, middle class, poor, besides formal education, there has to be additional human rights training for boys and girls from the earliest age in human dignity and equality. Women have to be empowered economically by having skilled training and small business opportunities and thus take control over their lives. The economic power of women is essential for changing the inequality and the injustice in societies where women are treated unfairly and regulated to some lower status than males. Money talks and in community-based Grameen-loaning schemes, it is the women who are mostly given the loans. They are considered stronger, more reliable to pay back and wiser in using the loans and more caring of the needs of the children. Having money empowers the women and gives them status and respect in the community and in their families.

The education of boys and men in values to respect girls and women is vital. They must be taught that their own value and dignity as a human being and role in family and society is rooted in the respect for the dignity of females. The powerful machismo male, self-image that looks on females as objects of sexual gratification has to be replaced with one of respect, self-discipline and equal partnership, gender equality and complementary roles.

Without empowered, self-reliant and resilient women there is a greater danger of violence against women and children. The 2017 National Demographic and Health Survey conducted by the Philippine Statistics Authority says that one in every four Filipino women and children age 15-49 has experienced physical, emotional or sexual violence by their abusers or husband or partner. Female victims of child sexual abuse left untreated leaves the child traumatized, to grow up in fear of rape and sexual abuse. They can get help and fight back but some may be rendered fearful and submissive to the violence of the abusive male in later life. That is why intervention, protection, healing and empowerment therapy is so important.

Domestic violence against women is predominantly linked to failed intimate relationships. The woman is treated, not as a loving friend and equal partner and respected mother of the children, but as an object of sexual gratification and a servant housekeeper and cook. The dominated woman is dependent on the man as the provider for her and the children. The children in a family are greatly affected by the violent rages of the man against their mother. They, too, can grow up with the notion that violence is a normal part of relationships and be violent themselves.

Human trafficking is another form of violence against women. Young women and minors are “captured” by false promises, lured to fake employment and end up in brothels as sex slaves to powerful men. Many endure physical and psychological violence. They are victims of “debt bondage” threatened by pimps and traffickers to pay their debts to them or they will be jailed.

There has to be a major change in the culture of male abuse and violence against women and an end to the political tolerance that allows it. The rule of law must prevail, respect for the well-being of every woman and child has to be upheld and we are challenged to stand with them for their rights and dignity.