Tommy, His Mother, and Me 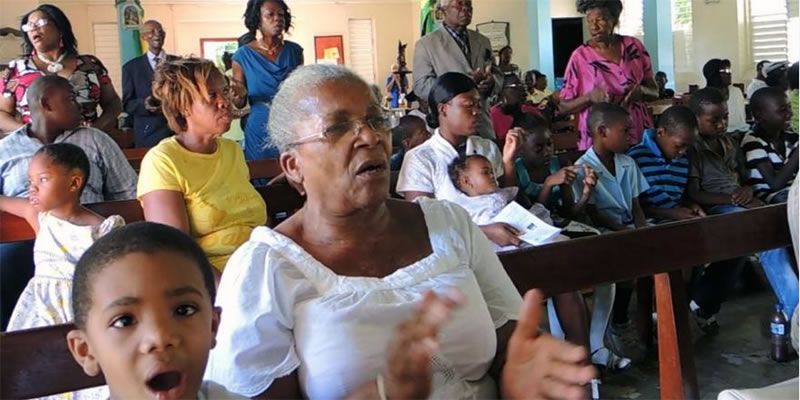 A crisis unfixed,
Two three jobs as a domestic
And weathering the cold,
The barrel in her kitchen-corner
A ship’s hold, constantly
Waiting to be filled-
This time bargain clothes,
Employers’ castoffs
For the children back home.
— Grace Nichols, Jamaican poet

The words of the poem by Grace Nichols depict a situation existing not just in Jamaica and the Caribbean but around the world where women have to leave home and children to find a life. The fracture in primary relationships between mother and children is profound with lasting ache and distress on both sides that do not register when immigrant remittances are discussed. Few at home realize the distress of the mother depicted in Grace Nichol’s poem. She, like many immigrants feels trapped, constantly anxious and frustrated that they cannot be more and do more for those left behind. In Jamaica the children left behind by immigrant parents are called “Barrell Children.” Regularly through the year they receive barrels of food and clothing from absent parents around the world. These barrels are symbols of love and care, hoping in some way to bridge gaps of loss and loneliness. For these immigrants who are undocumented, these gaps cannot be filled now and then by a visit home.

One morning Marian, the rectory housekeeper informed me that a young man named Tommy wanted to see me. Arriving at the door a young man about twenty was waiting for me. He was a fine healthy young fellow, well dressed. He introduced himself speaking with an American accent which after a few sentences dissolved into terrible stammering. To make him feel at ease I offered him a soft drink. But, the stammering did not cease. With great difficulty he told me about himself. He lived with his grandmother since his mother departed for America when he was five years old. She lived in New York and regularly sent back barrels of clothes for him and his grandmother.

Tommy’s other problem was that he was unable to write to his mother as he was illiterate. His grandmother being illiterate herself did not value education, the need to be able to read and write. She was lax in making sure that Tommy went to school. At the onset of stammering after his mother left, Tommy was reluctant to attend school as his fellow students made fun of him. Here he was now requesting me to write a letter to his mother. It was one the most difficult pastoral tasks I ever took on. It was tedious trying to get Tommy to express himself.

Putting in to words not just his verbal expression but what his heart wished to say to his physically absent mother but lovingly ever present was a challenge. This task drained me of energy. I was angry at the structures causing fractures in people’s lives. I was becoming emotionally entangled to Tommy, his mother, his grandmother and all others who experienced this kind of dislocated disarray. But, my disarray increased when having finished the letter to his mother Tommy asked me to write to his girlfriend, Cynthia, also living in New York. He didn’t know what to say. So, here I was jumping without a parachute. A Jamaican love poem by Rasta Shakespeare came to mind. I wrote a few verses and the last line, Cynthia--Please tell you you’ll be mine--closed the show.

Signed and sealed Tommy headed for the post office. Watching him go, Marian, the housekeeper, said “the stammer started after him mother leave for faring. It must be shock of mother leave.” This incident gave me an insight into an aspect of migration seldom thought about in the risk people take to maintain a decent life for themselves and their families.
While it is easy to quantify immigrant remittances in dollars, however, dollars and designer castoffs do not fill the void for fathers and mothers leaving their children behind. How could one quantify Tommy’s and his mother’s loss of each other, the shared deprivation, his stammer and illiteracy over the years? A year in the mind of a child is an eternity.

Tommy’s mother and millions like her contribute to economies away and at home and should be accorded better connectivity to make life beneficial. Surely, if a shrimp’s itinerary from a marine outlet in Jamaica to a restaurant table in Beijing can be charted why is it not possible to offer decent arrangements to manage their affairs?  Is it too much to expect?

The universal civilisation that we enjoy today
In the most diverse and distant part of the globe
Has been fashioned by a wide variety of peoples
And is the product of a wide diversity of contributions.
— Rodrigo Escobar, Vatican conference on Migration 1992

After many years on mission in Jamaica, Columban Fr. Bobby Gilmore now lives and works in Ireland.