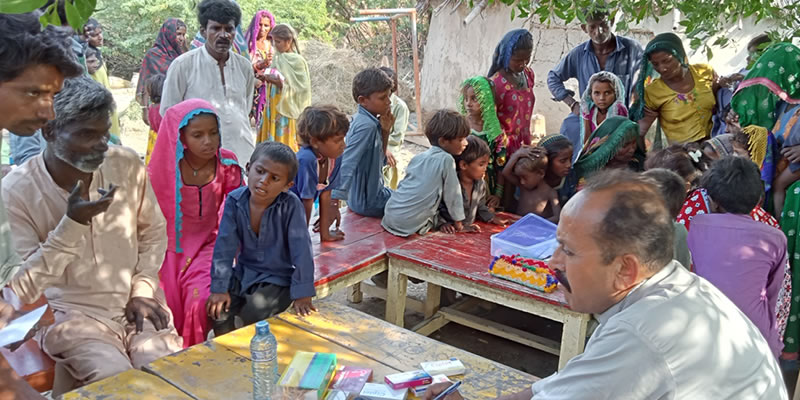 The bi-weekly report produced by the OCHA Humanitarian Advisory Team (HAT) in Pakistan on November 25 stated, ‘As of 11 November, the National Disaster Management Authority (NDMA) has recorded 1,739 deaths and 12,867 injuries since mid-June. In addition, more than 2.2 million houses have been damaged or destroyed, 13,115 kilometres of roads damaged, 439 bridges destroyed, and over 1.1 million livestock lost.

Cases of water and vector-borne diseases and acute respiratory illnesses, especially among children and older adults, remain a key public health challenge in flood-affected areas of Sindh and Balochistan. As of 8 November, according to World Health Organization (WHO), around 8 million flood-affected people need health assistance, including the provision of essential medical supplies and access to essential health care. 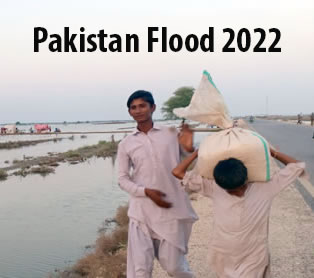 One of the main issues is food security for poor families in rural areas who have lost livestock and crops and in many cases in some of the worst affected areas have been unable to plant crops for the coming season as flood water is still present. Many have become unemployed as a result and for vast numbers of poor people, being able to provide food for their families is a major struggle. In response to this need, for the last number of months, Columbans here have been responding to these basic human needs of poor people, and as winter approaches it is clear that these needs will continue to be needed to be met for a number of months more at least. Through the generosity of various donors world-wide, especially through the Columban network, including a substantial contribution from Misean Cara, a branch of Irish Government overseas aid channeled through missionaries, and private donations, we have been able to assist some of the most vulnerable people in various areas of Sindh.

In the last two months, we have been able to assist 267 families from a Euro 15,000 donation received through the Columbans in Ireland. We were able to give a substantial donation to these families which included: - food ration (flour, rice, cooking oil, milk powder, tea, sugar, pickle, spices); three mosquito nets; health kit (soap washing powder, disinfectant, cotton wool); 17 liter water cooler (to carry home clean drinking water). Most of the recipient families work on the land of local landlords and with the loss of crops and livestock, they have gone further into debt, as well as leading to unemployment for many. Education has been affected for the children and there is a major health crisis because of the unsanitary situation and unsafe drinking water. The donation was a short term help as they tried to re-build their lives and their homes.

A further 90 families were helped in the Tando Adam area, which was particularly badly affected by flooding because of its nearness to the River Indus, which burst its banks in many areas. The people we assisted here are members of the Kutchi Kohli indigenous community.

Responding to the above mentioned medical needs, the Columbans, from late September until present, have been operating a medical outreach team, from Joti Centre, the Educational and Cultural center of Hyderabad diocese, whose director is Columban Fr. Tomas King. In the 11 weeks to date that this medical outreach has been working, over 6,000 patients have been seen; these are poor families in rural areas where no other medical outreach team has reached. 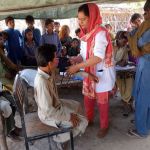 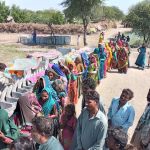 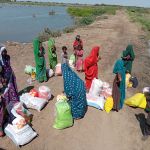