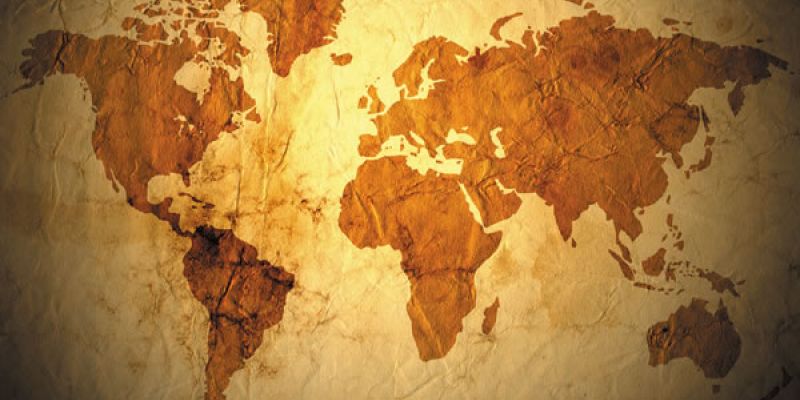 After every atrocity in the global city there are days of discussion and debate as to why such acts are happening. Blame is thrown around at the individuals who perpetrated the atrocity and the organizations with which they are associated. Seldom is an overall critical analysis made of the causes of terrorism and its solution. There seems to be an assumption that what is happening at a distance should stay out there where the conflict is taking place. However, in a connected global world distance no longer exists. Modern distance is an internal spiritual journey. Like any journey without proper road maps it can be dangerous depending how signs are interpreted. Loss of direction can lead to self-destruction and chaos for others along the way.

Violence anywhere impacts in a myriad of ways whither at a personal, national or international level. Local conflicts are no longer local. They overflow on to city streets where they find the media oxygen to bring the issues into homes, families, business, governments and other institutions.

The global city has become more and more a social bubble of cultures and nationalities that feel and reflect the global fault lines. States are involved in each other's destiny through trade, tourism, international agreements and the presence of people. Modern communications and travel have made everywhere adjacent. This gives the impression that there is intercultural goodwill and understanding evolving making everybody feel at home. Sadly, that is not the case globally.

In the past, history was written by the colonizer, the invader, the conqueror, the so-called civilizer. It presented glorious achievement of making indigenous peoples adaptive to European ideals of culture, language, democracy, equality, liberty and fraternity. Of course it was a skewed history that wrote out the indigenous as non-people. Not only were indigenous people robbed of their identities, they were robbed of their resources and forced to use those resources in the service of their rulers, occupiers. The outcome of that era of oppression enriched the European countries of Portugal, Spain, Italy, France, Belgium, Netherlands and Britain.

Wars decimated the populations in European states in the first half of the twentieth century to such an extent that the only recourse of these states was to turn to their former colonies to supplement their workforces. This they did in the understanding that as European indigenous populations increased immigrants from the colonies would return home. While European states could tolerate the diversity of their subjects at a distance in the colonies it was a different story when these people began to appear in Paris, London, Amsterdam, Madrid, Rome and Lisbon. Xenophobia, racism and discrimination were rudely awakened.

As the presence of immigrants from former colonies was seen as a temporary economic need little thought was put into integration. Industry needed permanency. Immigrants joined trade unions, settled, intermarried and campaigned for rights in the social, economic, political and social networks. They were not going home any time soon.

In all discussions at a local, regional, national and international level if a global economy is important, integration has be more important if conflict, war and terror are to be averted.

Integration was not assertively on the government's agendas. The assumption was that integration would happen if there was goodwill. But, goodwill was and still is not enough. As the years passed immigration became a necessity of European economies. Added to that pull factor was a push factor in the under-developing, former colonial economies. Debt and the flight of both financial and human capital coerced people to move to where their wealth preceded them. Initially, they moved to destination that they had a colonial affinity with. Later, as their economies went into free fall any safe destination that offered a life became a beacon of hope on the horizon.

Over time as conflicts raised their heads in their former homelands and overflowed, immigrants began to take sides, the Anglo/Irish conflict being a good example. Immigrants became suspects, objects of security legislation and racism. However, most of these conflicts were cross-border and within former colonial states. These conflicts were isolated both at home and in diasporas. They were confined to an area in the homeland and to a particular ethnic group in the diaspora. It was manageable in that it was confined. Security was the containment policy until a political solution was found.

That is not the case in the global terror arena at present. Conflict is no longer confined to geographical, social, political borders or disputes. The atrocity of 9/11 ushered in a new era of conflict that is global. It is fed primarily by a new view of history, a history no longer written by the victor but by the victim, the dispossessed. Old animosities that have lain dormant in newly independent states, former colonies have begun to get legs. Global inequality is screened in every favela-living room and western foreign policy acting with a colonial arrogance has stirred a global hornet's nest. The invasion of Iraq under false pretence, the chaos that has ensued throughout the Middle East threw a switch in the Muslim world that has flowed over into edge cities throughout the world.

What were before forgotten ghettos of deprivation, discrimination and isolation have found linkage and an identity in global movements. Western governments that assumed integration was happening were rudely awakened to the reality of large sections of their populations being left behind. These marginalized populations in their rejection did not relate to the signs and symbols of their adapted homelands. They became conscious of global signs and symbols that were in direct conflict with the social, political and cultural networks where they resided. Significant numbers from these ghettos ended up in prisons where they were radicalized with a sense of belonging and given defined enemies-secular democracy, equal rights and freedom of speech.

At last, after many atrocities in European city streets and the ensuing debate as to why such depravity has happened, the failure of integration is beginning to be given serious thought. One hears the statement particularly relating to the French atrocities; these terrorists shared French citizenship that offered equality, liberty and fraternity. Unfortunately, equality and liberty mean little in French or other deprived ghettos. Integration, if it means anything, should be evident in an active, assertive fraternity. Most observers would say that a sense of inclusive, palpable fraternity is absent. They would say that what exists is a state indifference to inclusion and belonging that feeds exclusion, anger and hatred.

Secular assimilation of itself means little if it ignores the cultural and religious scales within which people seek the comfort of belonging, feeling valued and being at home.

In all discussions at a local, regional, national and international level if a global economy is important, integration has be more important if conflict, war and terror are to be averted. In 1991 Cardinal Martini warned Europe of the need for Muslim integration; he wrote:

The old world (Europe) would be committing a serious error if it did not recognize the full extent of the challenge of this new presence which seems quite uninterested in "inculturation." He wrote, Europe has three options; it can ignore the whole question or it can claim that it is self sufficient and edge different cultures into a ghetto or else become the ground for an encounter with epoch making effects.

It seems Europe hasn't been listening. Imagine immigration and lack of integration causing the breakup of the European Union. It is happening before our eyes. Integration is a challenge the major religions cannot side-step in a world that is fragmenting before our eyes. Sadly, the horrors continue. Innocent people suffer at home and abroad.

Integration is not an optional extra. It has to be an essential ingredient of all political, social, cultural and economic policies from Dublin to Dallas and WHEREVER.